Dwight "Ike" Hodson is currently serving his third full term as Highland County Clerk of Courts after having been appointed in April, 2011.

He is a 1976 graduate of Leesburg Fairfield High School and worked in the banking industry for several years.
Ike's public service career began in 1984 as Fairfield Township Clerk (Fiscal Officer).   In 1988,  Ike was elected Highland County Recorder and served in that capacity until his appointment as Clerk of Courts in 2011.

During his 22 years as County Recorder, Ike served on various committees in the Ohio Recorders' Association, culminating in his election as State President in 2000.

Ike and his wife Cindy have two children and 5 grandchildren. 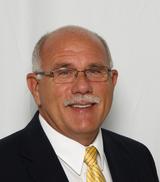 Meet The Clerk
View on Mobile